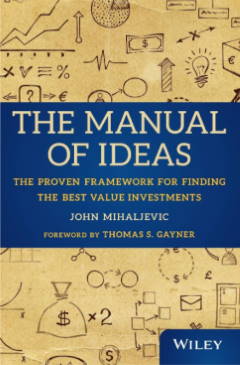 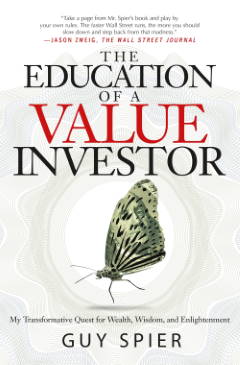 On February 20, 2002, I launched the predecessor to this investor forum. In that incarnation, it was named the “MSN Berkshire Hathaway Shareholder’s Board”. Originally created as a gathering place for myself and a few friends from Omaha, it attracted a small group of shareholder’s in another insurance company called Fairfax Financial.

In December 2002, Fairfax listed on the NYSE, where within a month it had been targeted by short-sellers in a coordinated attack. A flood of Fairfax shareholders joined the investor forum, as there was a limited amount of information available about the company, as a cabal of analysts, journalists and hedge fund managers started disseminating both accurate and inaccurate information.

Shortly thereafter, we contacted the company to inform them that a number of shareholders felt that there was a coordinated attack being perpetrated against the company, preying on recent vulnerabilities from insurance losses and troubled acquisitions. That there were anonymous message board posters on various sites, including this one, who were discussing company issues and indicating a specific new tactic would be taken very soon in the attack against the company. Within a day or two, the new attacks against Fairfax would become apparent, and either the poster was part of the cabal, or had information related to it.

In July 2006, Fairfax filed a massive lawsuit against the alleged cabal, which included one SAC Capital and its notorious founder Steve Cohen. The very same Steve Cohen who was subsequently indicted by the U.S. attorney general, alleging a massive cultural deficiency at SAC Capital, where Steve Cohen purportedly ignored blatant acts of insider trading.

In a sense, the illegal activities of SAC Capital and the other alleged members of the cabal, helped build the membership base of this investor forum.

In February 2009, after 7 years, we shut down the old “MSN Berkshire Hathaway Shareholder’s Board” and transitioned members over to the new “Corner of Berkshire & Fairfax” investor forum. The name chosen by our two major influences, Berkshire Hathaway & Fairfax Financial.

Today, with over 3,000 members, the CofB&F investor forum is one of the more vibrant, moderated, investor forums on the web. Members, who come from very diverse backgrounds with an enormous knowledge base, sharing with each other, building wealth and perpetuating the teachings of Ben Graham. I thank you all for your contributions!

Submit Your Article! Disclaimer:  All articles are the views and beliefs of the contributing guest writer or analyst.  Neither Sanjeev Parsad, nor the “Corner of Berkshire & Fairfax” investor …

It seems we can’t find what you’re looking for. Perhaps searching can help.

Submit anything you may want to discuss regarding the current state of economics or finance!